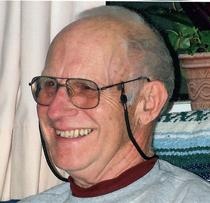 He was born on February 22nd, 1941 in French Lick, Indiana to Charles Louis Breeden and Pauline Haldin (Lashbrooks) Breeden.

Bill married the love of his life, Donna Jean Toczek on September 3rd, 1966 and she survives.

Bill graduated from Osgood High School in Osgood, Indiana. He then attended and graduated from Vincennes University and also Indiana State University. He owned and operated Billâ€™s Auto Sales for the past 24 years.

He loved the water and spending time on Dale Hollow Lake.


Family of the Heart

A Celebration of Life Ceremony will be held on September 3rd, 2016.

In lieu of flowers, the family requests memorial contributions be made to Hoosier Uplands Hospice, 500 W Main Street, Mitchell, Indiana 47446.

To order memorial trees or send flowers to the family in memory of William Lowell "Bill" Breeden, please visit our flower store.