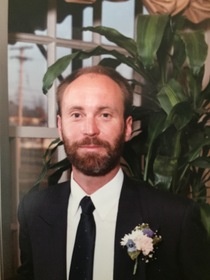 He was born on October 9th, 1955 in Seymour, Indiana to Bill and Dolores (Vaughn) York.

Kevin married Lee-Ann Davidson on March 25th, 1989 and she survives.

He was preceded in death by his grandparents.

Kevin graduated from the Springs Valley High School with the Class of 1973 and from Oakland City College in 1977. He loved antique cars and car shows, boating, music, reading murder mysteries, watching movies and spending time with his family. Kevin also enjoyed his Toyota FJ40 Land Cruisers and his momâ€™s home cooking (especially on holidays). He worked as a Gas Controller for Citizenâ€™s Gas and Water in Indianapolis, Indiana.

FUNERAL CEREMONY
Funeral ceremony will be conducted by Pastor Joan Daniels on Thursday, August 27th, 2015 at 11:00 a.m. at the Brosmer-Kemple Funeral Home. Interment will follow in the Ames Chapel Cemetery, Paoli, Indiana.

VISITATION
Friends may call Wednesday from 4:00 p.m. - 8:00 p.m. at the Brosmer-Kemple Funeral Home and Thursday from 9:00 a.m. until the time of service.

In lieu of flowers the family requests memorial contributions be made to the Beechwood Christian Church, 8535 West State Road 56, French Lick, Indiana 47432.

To order memorial trees or send flowers to the family in memory of William Kevin York, please visit our flower store.