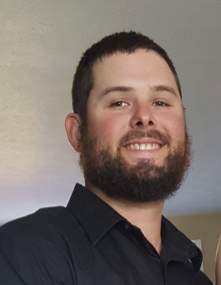 He was born in Jasper, Indiana on August 6th, 1987 to Ronald “Hootie” Flick and Cindy “Hinkle” Kendall.Zach married Darian Powell on August 10th, 2013 and she survives.

He was preceded in death by his Paternal Grandfather - Robert “Hootie” Flick and Maternal Great-Grandmother –Mary Bledsoe.

GRAVESIDE CEREMONY
A Graveside Ceremony will be conducted by Rev. Darrel Land on Friday, August 7th, 2020 at 11:00 a.m. at Cuzco Cemetery, Cuzco, Indiana.

We ask that all who attend please comply to social distancing guidelines and wear a face covering while paying your respects to the family.

To order memorial trees or send flowers to the family in memory of Zachary "Hootie" Michael Flick, please visit our flower store.